We love travelling back to India every once in a while. It’s almost like looking for beautiful places around the world only to come home to find it.

Bangalore to Coimbatore to Munnar: three cities in three states with old world charm. We stopped for breakfast and realized, there’s nothing that ghee pongal, crispy vada-sambar and steaming traditional South Indian filter coffee can’t cure. Even the blazing midday sun was forgiven. 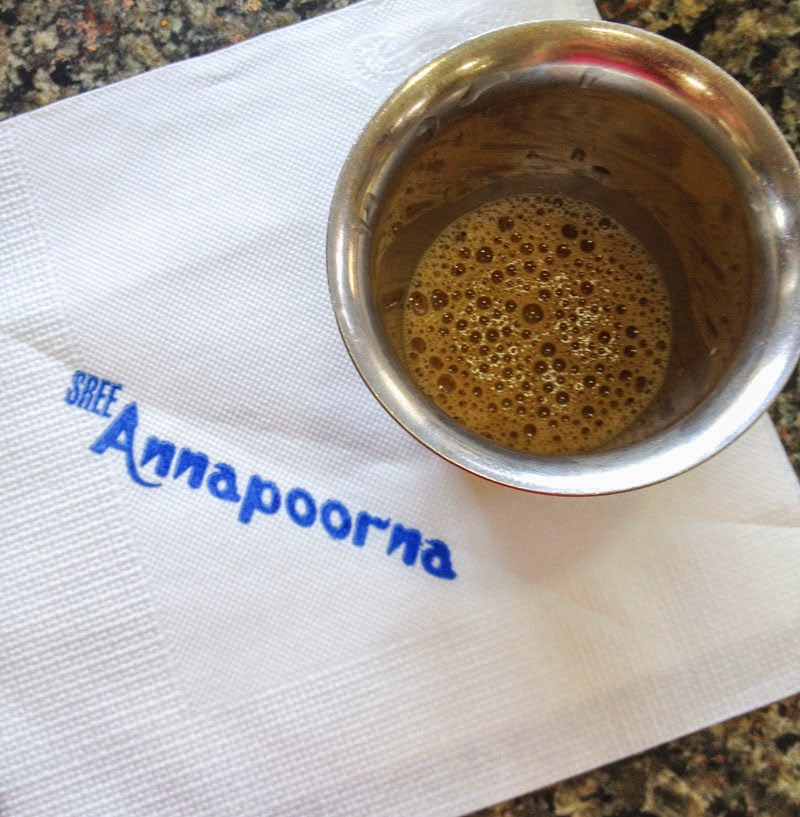 We watched the changing landscape, from the Annaimalai Tiger Reserve across the Chinnar Wildlife Sanctuary towards the city of Munnar.

From the countless windmills, the warm wafting air, the paddy fields as they unrolled ahead and the hills running along the horizon to the sight of green peppercorn on creepers, the scent of purple jacaranda, low-lying clouds, occasional chilly gusts of wind and an intertwining web of passageways, with the tea gardens on either side. 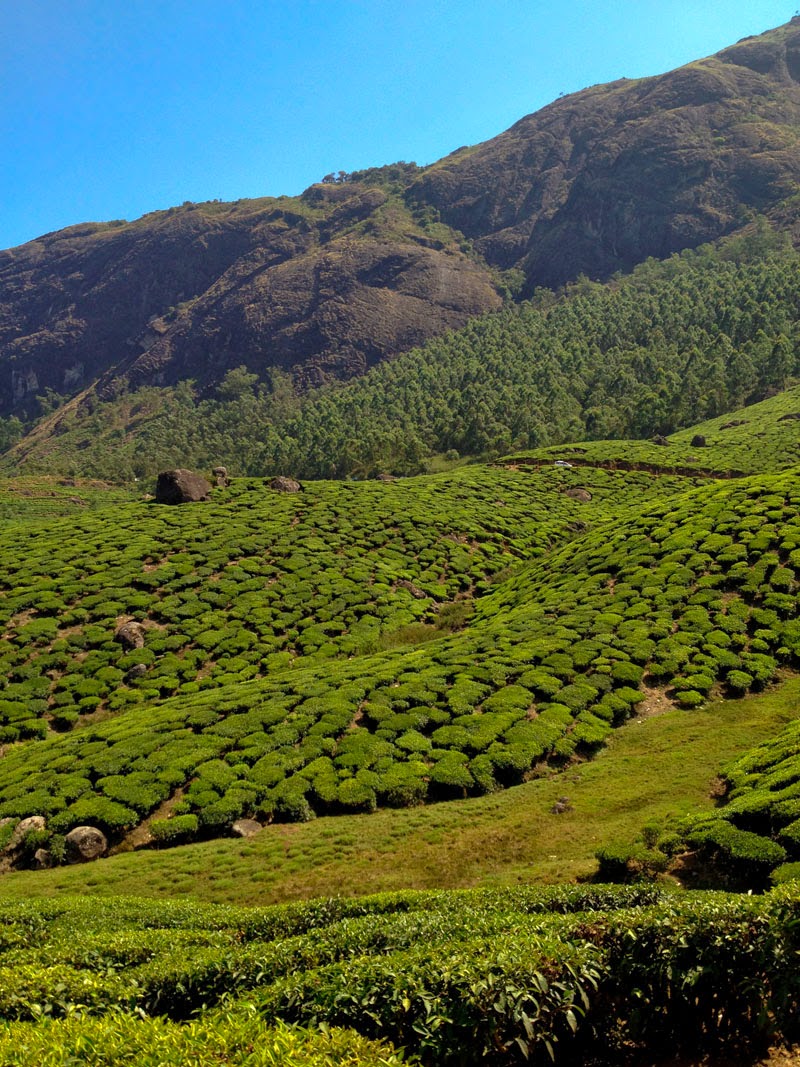 A carpet of greenery.

As our car burned rubber climbing uphill, we watched the planet shrink below us. 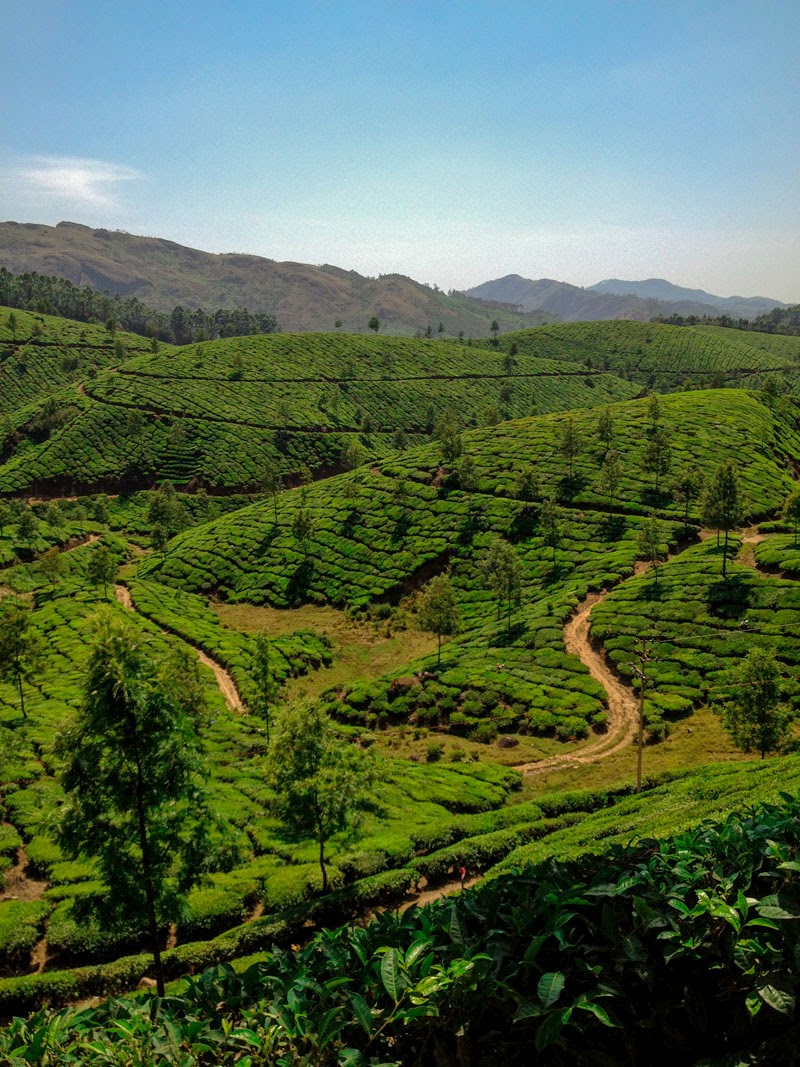 We reached our hotel, one that was perfectly nestled in a quaint village and as we checked into the extra large double suite (with a tres magnifique view), a meal and nap were in order. 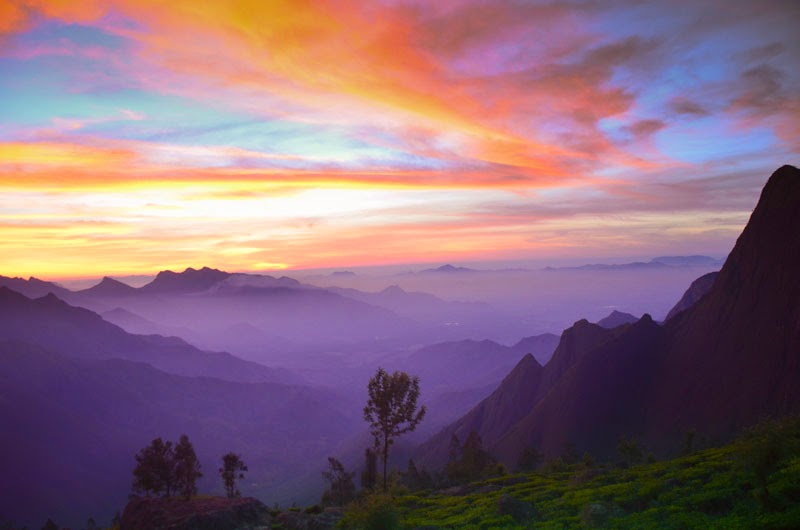 The sky was painted in watercolours and the light of dawn strobing the mountains (of course making the one hour gruelling journey to this point, Top Station, worth it). Words don’t describe this moment. Only, now, it’s, as glorious as the rising sun.

We trudged our way to a higher altitude, the hills awash with tea leaves, only to reach the world’s highest organic tea garden, the Kolukkumalai Tea Factory.

We were guided through the processing and grading (met lovely tea pickers on the way), generously refilling our cups with orange-pekoe cardamom tea, while being shown the antiquity of an establishment still making thousands of kilograms of organic tea a day. 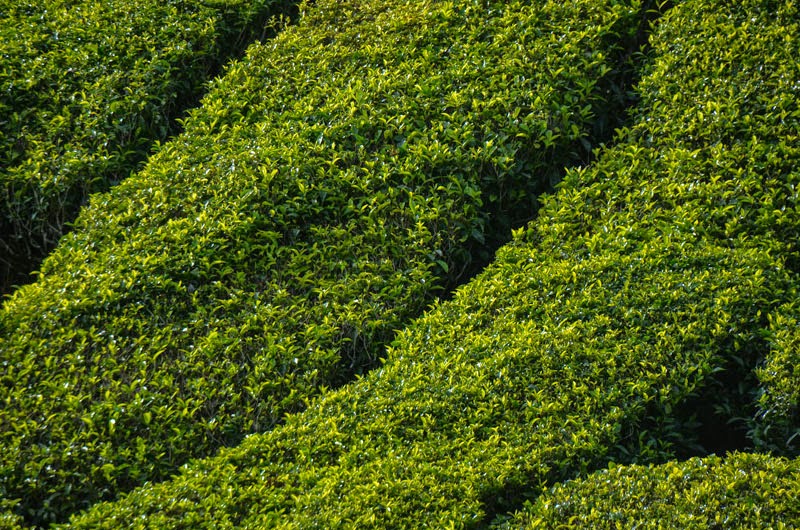 This led us to the sight of the finely chiseled peaks of the Western Ghats running along the length of the country’s west coast. The heavens for a view and an overwhelming sense of smallness of ourselves. 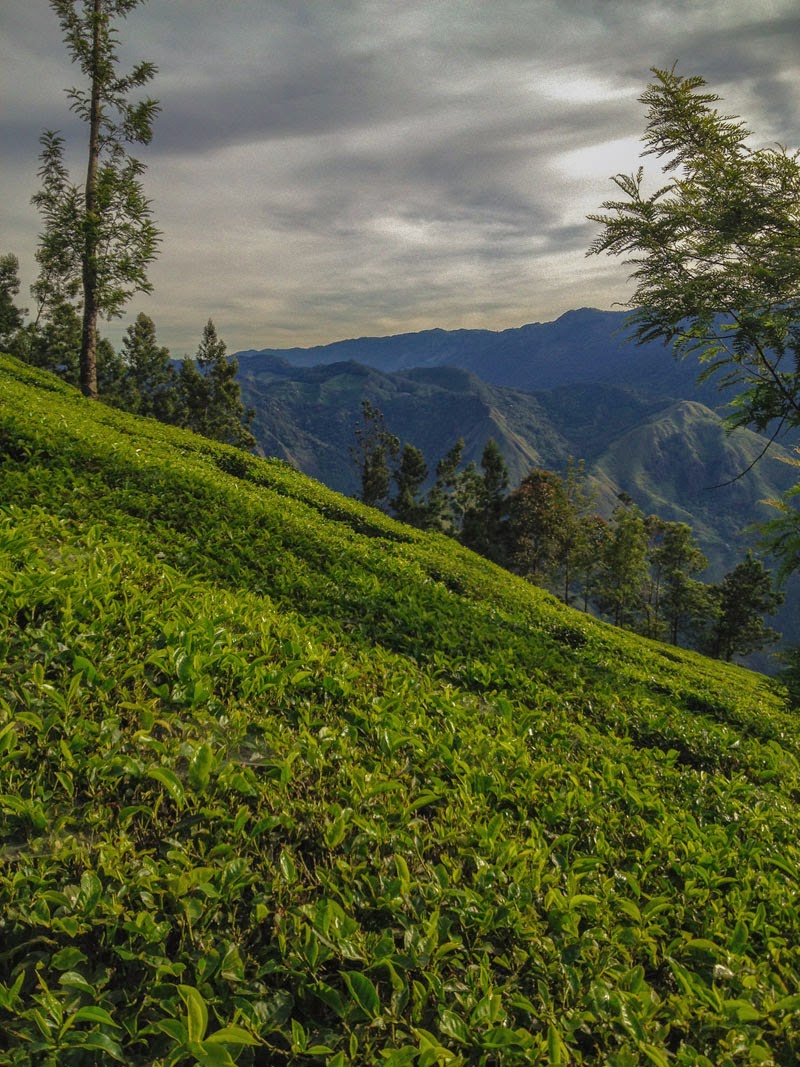 We soon came spirally down to the city and not before doing a local breakfast of puttu, made of ground rice and coconut and aval payasam soaked in jaggery, did we visit the fuchsia, rose and spice gardens where just the fragrance in the air cried, spring. 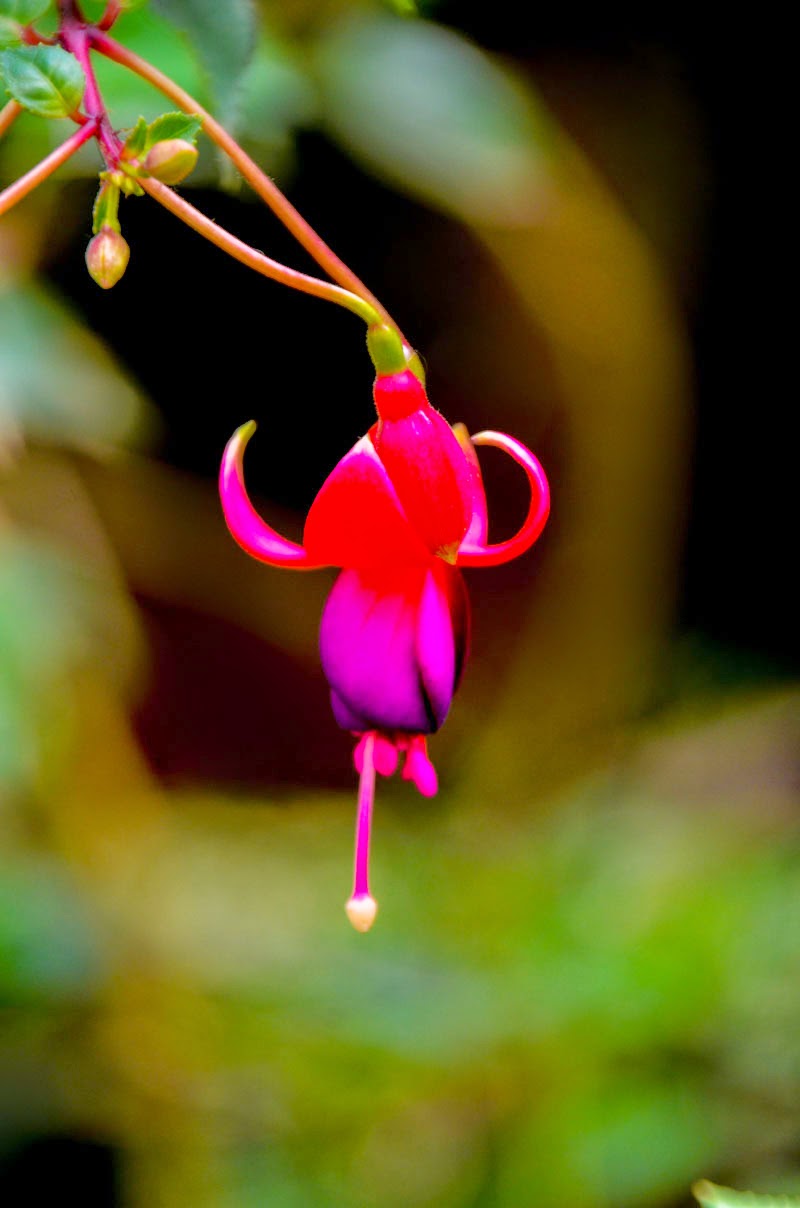 We circled the quiet lake adjoining the Mattupetty Dam before heading home and couldn’t help spending some time revelling in the surrealism of this city.

After a bumpy ride, we reached a breathtaking, expansive, but secluded, property that stood on the shores of the Kabini river-dam, Red […]

Port Blair As the flight from Chennai landed in the island’s archipelago, immediately, a pleasant radiance emanated. We checked into a cozy […]

May God bless their souls, was the first thought that came to mind when we cancelled our journey to Base Camp Everest. […]

It was at the first light of dawn that we arrived in a quiet town surrounded by the “blue mountains”, 2000m above […]